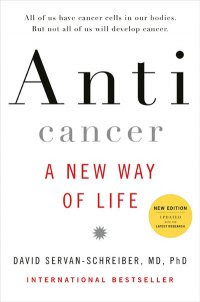 I've decided to dedicate this week's WW to sugar. As you will soon discover, it is ESSENTIAL that we all reduce the amount of sugar (primarily refined sugars) in our diets. It won't be so much an emphasis on tips (although still there), but more of an informative bit. So herrrrre we go!
#17 ALL ABOUT SUGAR!
- When we eat sugar or white flour – foods with a high “glycemic index” – blood levels of glucose (a form of digested sugar in the body) rise rapidly. The body immediately releases a dose of insulin to enable the glucose to enter cells. The secretion of insulin is accompanied by the release of another molecule, called IGF (insulinlike growth factor), whose role is to stimulate cell growth. In short, sugar nourishes tissues and makes them grow faster (see where this is going?) Furthermore, insulin and IGF have another effect in common: They promote the factors of inflammation, which also stimulate cell growth and act, in turn, as fertilizer for tumors.
- Today we know that the peaks of insulin and the secretion of IGF directly stimulate not only the growth of cancer cells, but also their capacity to invade neighboring tissues. Moreover, after injecting breast cancer cells into mice, researchers have shown that the cancer cells are less susceptible to chemotherapy when the mouse’s insulin system has been stimulated by the presence of sugar. … Each of us can already cut back on the amount of refined sugar and white flour we consume in our diets. It has been shown that simply reducing these two dietary factors has a rapid effect on the levels of insulin and IGF in the blood. This reduction has secondary effects, such as healthier skin (oh lala!)
- There is good reason to believe that the sugar boom contributes to the cancer epidemic, as it is linked to an explosion of insulin and IGF in our bodies. Mice inoculated with breast cancer cells have been used to compare the effect of tumor growth of different foods of varying glycemic indices. After two and a half months, two thirds (sixteen) of the twenty-four mice whose blood sugar peaked frequently were dead, compared to only one of the twenty that had been on a low-glycemic-index diet. … All the scientific literature points in the same direction: People who want to protect themselves from cancer should seriously reduce their consumption of processed sugar and bleached flour. This means getting used to drinking coffee without sugar. (It’s easier to give up sugar in tea.) It also means making do with two or three desserts a week. (There is no limit on fruit, as long as it is not sweetened with sugar or syrup). Another option is to use natural substitutes for sugar that don’t cause a sharp rise in blood glucose or insulin (ex. Agave Nectar, Stevia, Xylitol, dark chocolate). Eating multigrain bread (made from wheat mixed with at least three other cereals, such as oatmeal, rye, flaxseeds, etc.) is also essential in order to slow down assimilation of the sugars coming from wheat. You can also choose bread made with traditional leaven (“sourdough”) instead of the more common chemical baker’s yeast, which raises the glycemic index of bread. For the same reason, ordinary white rice should be avoided (CURSES!!!) and replaced by brown or white basmati rice, for which the glycemic index is lower.
- Avoiding candies and snacks between meals is essential. When cookies (or other sugar) are consumed between meals, there is nothing to block a rise in insulin. Only their combination with other foods – especially vegetable, fruit, fibers, or good fats, such as olive oil, canola oil, or organic butter – slows the assimilation of sugar and reduces insulin peaks. In the same way, some foods, such as onions or garlic, blueberries, cherries, raspberries, or spices like cinnamon, reduce the rise in blood sugar.
- Three Principles of Detox: When smokers give up tobacco, their risk of cancer drops sharply. If we stop promoting the growth of cancer cells in our bodies, the natural mechanisms of control over cancer can start to intervene and curb their spread. To protect ourselves against cancer, we can limit our exposure to toxic factors in the environment. Among all of those already identified or highly suspicious, I have selected three that seem to me the most deeply involved and the most easily changed:

Source: AntiCancer: A New Way of Life by David Servan-Schreiber

L
Edmonton, AB, Canada
Just a guy wanting to share his knowledge, concerns, and experiences with others who are affected by cancer. Wanna chat? Email me at thecancerdiaries@live.com